Get your game beta tested before the release! 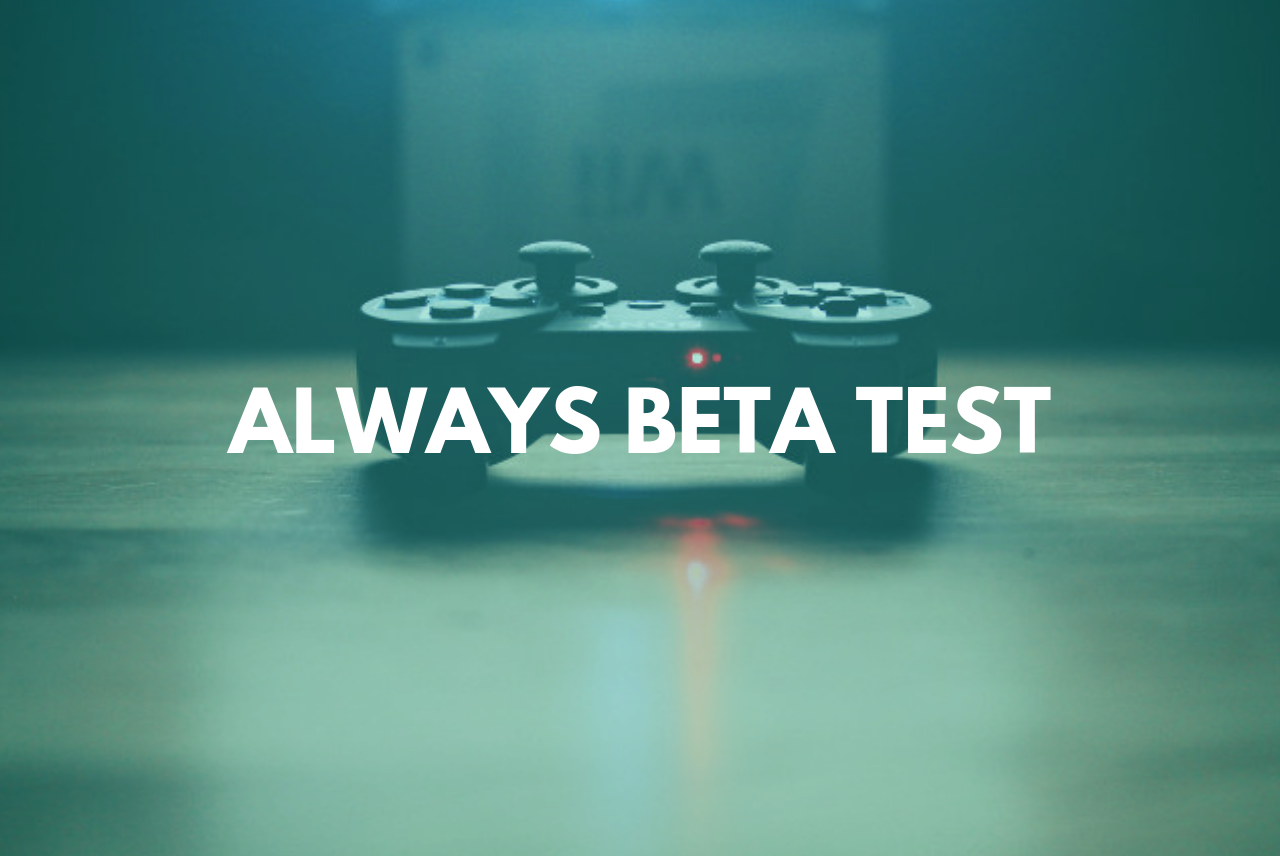 Your game is finally starting to take a shape, which of course makes you very happy because it means you will hit the release day pretty soon. But how can you be sure whether your product is ready to be published? Watch out, because it’s really easy to make a false assumption and it may cost your game all the popularity it could get!

1. Do not treat your players as beta testers

What’s the big deal? Your product looks good and it’s working really fine as you’re looking at it. That’s a pitfall that’s very easy to fall into. First of all, you’re playing it in a certain way, where other people will be doing things differently. Possibly in the ways you haven’t ever predicted. Most probably this will raise some new bugs. Also, you should make sure your game works on as many device configurations as possible.

In most cases it’s not possible to target all hardware/software configurations due to memory/CPU/GPU requirements of your title. You never know if your game crashes on some older but still capable devices due to game engine bug or different graphics driver implementation.

Players are there to play your game. Game release is the most important moment to get their attention, because that’s where your game takes off and gets firsts comments and ratings. You can’t afford getting 1.5 out of 5 just because your game is not working as expected.

Don’t expects players to get back to you and describe the errors in detail. You’ll need an automated error reporting service like HockeyApp or Sentry.

It gives you detailed automatic reports about errors and crashes. But, I’d like to recommend you taking it one step further… Let’s say there are scenarios in your game that are not supposed to occur. If you’re able to detect such issues from the code, report it with all required information about how that happened. For instance, a player death on a level where dying shouldn’t be possible or reaching an unreachable place. There’s a small chance players will report about it, but it’s essential for your game quality feel. Send reports about any “impossible” scenarios you can think of.

You should brag about your game whenever you can. This is not a bad thing unless you’re doing it in a place where people are into hearing about new interesting indie games like /r/Unity3D on Reddit (if you’re making Unity3D game), IndieDB or TIGForums.

It’s important to get people interested in your work, but it’s not always possible. If you’re creating a clone of similar idea, it’s hard to get anyone excited about 1000th variation of match-3 game. This is still possible, but it requires some additional originality from you.

You should give back to the community. If you don’t have a blog, create one! Don’t worry if you’re not native English speaker, it doesn’t really matter. If you can post interesting content about how you’ve created stuff, share some insights and ideas, there sure will be people willing to follow your updates. Also set up a Twitter account! If you already have one, use it for your game promotion. Don’t make a separate one unless really needed. Facebook game groups is a hit too! Make sure to post it from your personal account, because you don’t want to hide from anyone. It’s your game and you’re getting the credit and critique.

4. Convert them to beta testers

How to do that? Well… you just have to ask them! Nothing more, nothing less. Make an update and give the link to executable file, apk, Test Flight invite or whatever. If they were closely following your development process, they would definitely like to try it out.

If your game was available before you were able to find any followers – don’t worry and just keep publishing about changes in your game, share resources, give insights, share again. Once again, giving something back to the community is a pretty powerful thing.

5. Keep them updated, keep them happy

Gaining people may not be as hard as retaining them. You may find out that many players out there are no longer checking your new game builds nor communicating with you.

Remember, you have to keep on talking. Tweet often about what are you working on, share screenshots and videos. Do the same on your blog and Facebook groups. Don’t get into a thinking that this is some kind of stuff nobody wants to listen. If you have readers, this means someone is actually interested in those things.

Make sure it’s not a big deal to download your game updates. Depending on your game size it might be difficult to download a whole new build each time new version comes out. Use patching systems like PatchKit which would download only those diff files. It significantly reduces an effort your players should take to update your game. Learn more…

6. Give something in return

This is a living community. If you want your game to be tested, do the same for others. Browse similar resources as you’re publishing to, comment, follow and play those games. You may find that developers of those games will also be happy to give you a hand!

And again, share! While working on your game, you’re gaining a knowledge that can be shared with those who seek it. Publish your blog posts wherever possible, but only those which have a significant value for the community.

Many of us are afraid to publish our work too early because of a fear of unfair critique. You have to overcome that fear right now. It’s never too early to tell anyone about what you’re doing. Be prepared that there will be people that will criticize your work, but consider them more helpful that those who are not saying anything. While praising your game gets you motivated, criticizing (with meaningful arguments of course) gives you a valuable feedback. Don’t underestimate that!